The first moves in the chess openings are as important as the rest of the game as the former decides the basic foundation of the entire chess game. Certain chess games have been analyzed carefully and named as well to learn them and use them while playing chess. Learning the chess moves is not enough; one must also comprehend the theory behind it.

To win the Chess game, it is very important to get familiar with the opening of chess as from ancient times, the key to winning has always been learning the chess openings. Certain openings are direct that directly attack the board’s center whereas others are generally subtle that advance along the border’s sides and take multiple turns to finally get developed.

When it comes to chess opening for white, you can opt for bringing the pawn of the king forward two spaces. This is considered one of the best opening chess moves. This is often noted as 1.e4. The alluring grandmaster chess opener Bobby Fisher often used to call 1.e4 as the ‘best by test’.

Some of the advantages of 1.e4 are jotted down and discussed below:-

Apart from this, a few of the chess openings for White Pieces are mentioned below:- 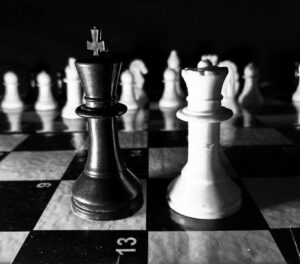 There is some sense of belief in the fact that the opening of the black is based on the first move of white. As white goes first in most cases, the openings of the blacks are termed as ‘defenses’. One of the most popular moves for the best chess opening is to bring the queenside of the bishop pawn forward to c5. This hence leads to the beginning of the Sicilian Defense and it has been used by many of the best and pro players from all around the world.

Some of the advantages for chess opening for Black are termed below:-

Some of the other popular yet common chess openings for beginners for black pieces are as follows:-

Thus, some chess openings are better than others. It depends upon the player as to which opening suits his game the most. Meanwhile, recognizing and understanding these openings are equally important as implementing them as this can greatly help in boosting the confidence level of the players. Now that you have all the information you need to know about chess opening be it black or white, you are all set to initiate your first opening depending upon the color of your chess piece.

How many chess openings are there?

As sourced by the Oxford Companion to Chess lists, there are around 1,327 openings and variants. Along with that, there are other variants as well that have varying degrees of common usage.

How to learn chess opening?

To learn chess opening, one must follow up by experimenting and researching it so that it fits right with what you feel. You can then play your opening with any of the opponents and then follow by writing down the moves and lastly the game. You can finish off by referring to a book or a database and if not then a strong computer.